EDO Qld represented Land Services of Coast and Country Inc. in the Land Court objection to the grant of a Mining Lease (ML) and Environmental Authority (EA) for the Adani Carmichael coal project. On behalf of our client, we sought a clear recommendation that the project should not proceed due to groundwater, climate, ecological and economic impacts.

The court proceedings were scheduled for five weeks of evidence in the Land Court of Queensland starting Tuesday 31 March 2015, ran over and finished on Thursday 14 May 2015. On Tuesday 15 December 2015, the Land Court recommended approval of the Adani Carmichael coal mine to the Queensland Government, subject to extra conditions to protect the Black-throated Finch. Read the Land Court's full recommendation.

EDO Qld was the legal representation for Land Services of Coast and Country Inc. (Coast and Country) in the Land Court objection to the grant of a mining lease and environmental authority for Carmichael coal mine proposed by Adani Mining Pty Ltd the Galilee Basin.

Coast and Country is a community group who is concerned with the protection of central Queensland. They work with landholders to protect and conserve the area’s natural environment and wildlife.

On behalf of our client, we sought a clear recommendation that the Adani Carmichael coal mine should not proceed due to groundwater, climate, ecological and economic impacts.

The court proceedings were scheduled for five weeks of evidence in the Land Court of Queensland starting Tuesday 31 March 2015, ran over and finished on Thursday 14 May 2015. You can view a rolling timeline of the hearing here.  A summary of the case including legal documents and media is here.

Supplementary submissions in respect of the Supreme Court decision in the Alpha Coal Mine case were made on 18 September 2015.

On Tuesday 15 December 2015, the Land Court recommended approval of the Adani Carmichael coal mine to the Queensland Government, subject to extra conditions to protect the Black-throated Finch. The final decision still rests with the state ministers, and Land Court President MacDonald drew to their attention some crucial information (Full Text):

No appeal was lodged.

A costs application was made by Adani against Coast and Country. On 23 March 2016 Queensland’s Land Court announced that the application for costs was refused.

What is the role of the Land Court of Queensland?

The Land Court of Queensland has an important statutory function as an independent umpire weighing the evidence for and against the proposed Carmichael coal mine. Under the Environmental Protection Act 1994 (Qld) (EPA) and the Mineral Resources Act 1989 (MRA), the Court considered the impacts of the proposed mine, positive and negative, through a public hearing held in April and May 2015. The Court will make a recommendation about whether the mine should be granted a mining lease and environmental authority, which it needs to proceed.

What happens after the recommendation?

The state government takes into consideration the Land Court’s recommendations when granting, refusing or conditioning the relevant approvals (mining lease and environmental authority) for the proposed Adani Carmichael coal mine.

A decision on the Environmental Authority is expected by 3 February 2016.

What happened at the hearing?

A number of matters of particular significance were highlighted in evidence given at the hearing.

The scale of the proposed mine, which would be the largest coal mine in Australia and one of the largest in the world, means the environmental harm caused will be correspondingly great.

As a consequence of its location, nature and scale, the development and running of the mine will cause – or creates a major risk of causing – very significant environmental harm. This includes risks to:

Evidence showed information presented in the environmental impact statement (EIS) and supplemental environmental impact statement (SEIS) on impacts to the Doongmabulla Springs and Black-throated Finch was deficient in crucial respects. This means that the support for the mine by the Coordinator-General, the statutory party (DEHP), and the Commonwealth Environment Minister, was given on a fundamentally different basis.

“The grave uncertainties exposed in the evidence presented to the Court in relation to the source of groundwater to the Doongmabulla Springs, Black-throated Finch and the Waxy Cabbage Palm is the epitome of a case where the precautionary principle calls for the applications to be refused. Recommending approval of the mine on the basis of the proposed conditions can only be done if the precautionary principle is disregarded,” said barrister Saul Holt SC, for Land Services of Coast and Country.

The case also highlighted the fact that the economics of thermal coal have dramatically changed in recent years, therefore, the scale of economic benefits can no longer be assumed. Neither can the financial viability of the project.

“In reality, the outlook for the seaborne thermal coal market has changed profoundly since (Adani) first proposed the project, in 2010. Prices have dropped by 60% in recent years, mining companies have seen unprecedented wealth destruction and future outlooks are consistently being revised down. Even conservative estimates of future demand and price create an existential threat that this mine is financially unviable and will ultimately become a stranded asset if constructed,” said Mr Holt SC.

The case exposed that Adani Mining Pty Ltd had likely overestimated the jobs and royalties that the mine can be expected to generate so that, as with the environmental impacts presented in the EIS and SEIS, the support for the mine given by the Coordinator-General, DEHP, and the Commonwealth Environment Minister, without a realistic assessment of likely jobs and royalties.

During the joint expert process, Adani’s own economic expert, Dr Fahrer, agreed that Adani's input/output model was deficient. Adani then sought to rely upon a different method of economic modeling (CGE) which created entirely different predictions of economic benefits, including only 1,464 net new jobs rather than earlier estimates of between 6,000 - 10,000.

Dr Fahrer also agreed that, relative to total employment in Queensland, the increase in jobs from the project is “very small”, emphatically repeating that “[i]t’s not many jobs. We can agree on that... Not many jobs... No argument. Not many jobs”, and going so far as to say “Again, the benefits of this project are not about jobs; they’re about incomes."

Adani's expert Mr Stanford accepted: “... this is an extremely risky project ... everybody knows that, I admit that.”

“Conservative estimates of future demand and price demonstrated a real risk that this mine is financially unviable and will become a stranded asset if it is constructed at all. If the likely risk that this mine will become a stranded asset comes to pass then significant environmental harm is certain with economic benefits unrealised,” said barrister Saul Holt SC, for Land Services of Coast and Country in his closing submissions. 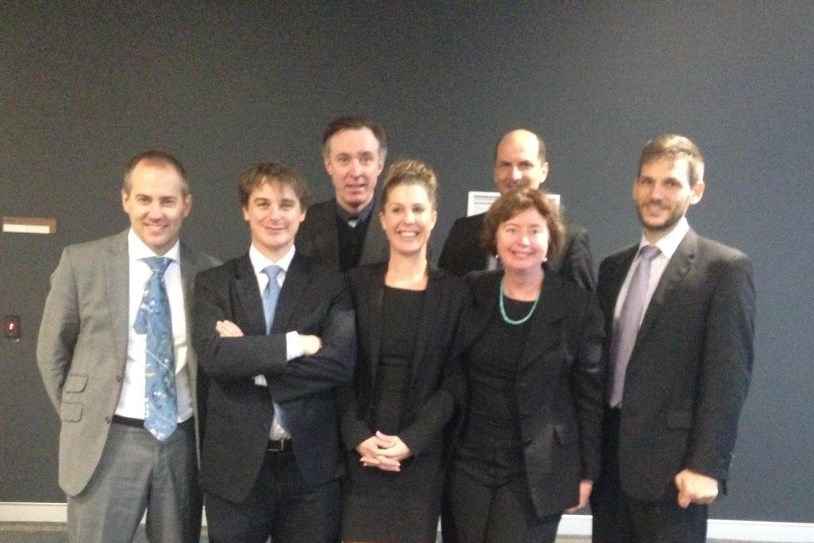