Adani has embarked upon a well-funded, co-ordinated strategy to bully and intimidate its critics, including EDO Qld.

An explosive report by the ABC has revealed Adani has bankrolled a co-ordinated legal strategy designed to bully community groups and critics into silence.

The strategy was implemented last year, and consisted of the company hiring a law firm to threaten litigation and other actions against its critics, including community groups and the Traditional Owners of its Carmichael mine site.

As part of the investigation, EDO Qld revealed it was the recipient of one such letter, clearly designed to intimidate us and discourage us from legally representing the community.

This proves we are an effective force against Adani. They see us as a threat, which is why they’re trying to stop us doing our job.

The problem is we don’t have the resources of the big mining companies. They know this – that’s why they try to tie up our resources with baseless threats.

We have started a fighting fund to ensure we have the resources to keep the pressure up on Adani in the face of these attacks – please support us with a tax-deductible donation.

This is an unacceptable abuse of the law from Adani.

But the truth is we wear this as a badge of honour, because it shows how effective we are.

EDO Qld has a proud history of standing up for community groups concerned about Adani’s Carmichael mine.

We are currently taking the Federal Government to court over its decision to allow Adani’s North Galilee Water Scheme to proceed without an assessment of its impacts on our precious water resources.

And we have submitted persuasive evidence to the Queensland Government that Adani has broken the law by commencing illegal work at its Carmichael mine site.

It’s no surprise we are on the company’s hit list.

But we don’t intend to let these attacks succeed. We will not be stopped by Adani’s baseless threats.

The community has a right to speak up about their concerns, and we will continue to support them as they raise their valid objections to the Carmichael coal mine.

You can support us by making a tax-deductible donation to our fighting fund to ensure we are well-resourced for the battle ahead.

Every cent of money in this fighting fund will go towards supporting our important work holding Adani to account, and ensuring it complies with our state and federal laws.

The fighting fund will help us to:

Adani may have billions of dollars, but we have the support of the community – together let’s show them what that means. 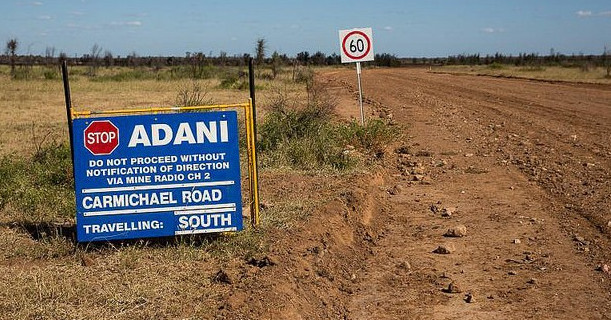