EDO Qld represented Coast and Country Association Qld (CCAQ) in their objection against the approval of the Mining Lease (ML) and Environmental Authority (EA) for GVK Hancock’s Alpha coal mine. The mine would disturb a land area of approximately 22,500 ha, leaving a final void of approximately 2,000 ha. It would run for up to 40 years, extracting approximately 40 million tonnes of run-of-mine coal annually – making it one of the largest coal mining proposals ever seen in Australia.

The judgment in these matters was delivered 8 April 2014. The Queensland Land Court recommended that the Queensland Government either reject the Alpha coal project or approve the project subject to stricter groundwater conditions. The Court was unable to say on the evidence just how far interference with groundwater would extend, so took a precautionary approach to protect landholders (p88). Read the full judgment.

From 16 September to 2 October 2013, the Queensland Land Court heard objections to the approval of the Mining Lease (ML) and Environmental Authority (EA) for GVK Hancock’s proposed coal mine in the Galilee Basin, near the town of Alpha. The mine would disturb a land area of approximately 22 500 hectares, leaving a final void of approximately 2000 hectares. It would run for up to 40 years, extracting approximately 40 million tonnes of run-of-mine coal annually – making it one of the largest coal mining proposals ever seen in Australia. The coal would be exported, principally to Asia, to be burned for use in electricity generation. Closing oral submissions were heard on 25 October 2013.

EDO Qld solicitors, along with barristers Mr Adrian Finanzio SC, Mr Rupert Watters, and Dr Chris McGrath, represented Coast and Country Association Qld (CCAQ) in their objection against a recommendation to approve the mine on three bases: groundwater, climate change and economics. Hancock argued for a recommendation to approve the mine, relating to groundwater, climate change, and economics, as well as surface water and ecology issues raised by other objectors.

On groundwater, CCAQ argued that Hancock’s conceptualisation of the regional groundwater system is contradicted by the data, the groundwater modelling was unreliable because of this and other unfounded model inputs, and therefore the impact assessment based on this model is flawed. On this basis it was argued that insufficient information has been produced to support a decision to approve the mine. Hancock argued simply that extensive data collection and assessments demonstrate that there would be no significant impact upon groundwater; that deeper groundwater would be available to satisfy make good agreements after drawdown, and that future monitoring would take care of future issues.

On climate change, CCAQ argued that Hancock’s assessment ignores the global impacts of the burning of mined coal. The global atmosphere is a single system, and Queensland will be affected by impacts upon the atmosphere as a result of coal burned, regardless of the location where it is burned. The burning of coal is arguably a direct consequence of the mine, and therefore a relevant consideration under the Environmental Protection Act, relating to the principles of ecologically sustainable development. Further, there is little evidence to support the idea that if Alpha does not mine the coal, demand will be such that it will be mined elsewhere instead. Hancock argued that emissions occasioned as a result of burning the coal are Scope 3 emissions and therefore irrelevant for consideration; essentially, they are not our business, they are the business of whomever chooses to burn that coal. They also argued that if Alpha was not approved, demand for coal globally is such that the same quantity of coal would be mined and burned via other sources, meaning that Alpha thereby has no net effect upon global climate change.

On economics, CCAQ argued that the Input Output model used by Hancock in the assessment overstates the benefits of the project while ignoring detriments. On this basis a decision-maker cannot properly assess whether the project should be approved. Hancock argued that a Cost-Benefit Analysis was not necessary, as the Input Output Analysis exists simply to inform the decision-maker, alongside considerations from other disciplines. They contended that the assessment was in any event accurate, as (for example) employment is not at full capacity (including an increase in unemployment for mining-related jobs), and therefore the mine would not impact negatively on the labour market. 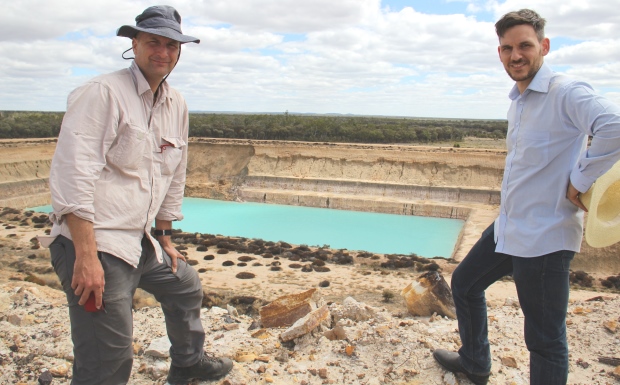