EDO Qld welcomes anti-corruption laws passed by the Queensland Parliament on 17 May 2018 as a positive step towards eliminating corruption in local government. 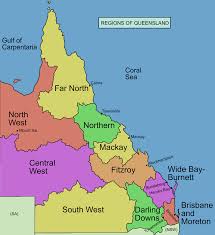 Laws designed to restrict local government corruption were passed by the Queensland Parliament on 17 May 2018 in a move EDO Qld welcomes.

The passing of the Local Government (Councillor Complaints) and Other Legislation Amendment Bill 2018 (Councillor Complaints Bill) and the Local Government Electoral (Implementing Stage 1 of Belcarra) and Other Legislation Amendment Bill 2018 (Belcarra Bill) marks substantial reform in Queensland.  The Bills, which came into effect 21 May 2018, bring in significant initiatives, including:

The ban on political donations has retrospective action, with (now unlawful) donations made on or after 12 October 2017 (the date of introduction of the 2017 Belcarra Bill) and before commencement of the new Bill, needing to be repaid to the donor within 30 days of Act’s commencement.

The Councillor Complaints Bill applies to all Queensland local government authorities except Brisbane City Council. The Bill establishes the Independent Assessor and the Office of the Independent Assessor to investigate and deal with allegations of inappropriate conduct or of councillors. The Office will additionally refer allegations of corruption to the Crime and Corruption Commission.

Amendments made to Bill

After lengthy debate in Parliament, the Bills passed with amendments including vesting powers in the Minister for Local Government to recommend that the Governor in Council suspend or dismiss the councillor or councillors if it is in the public interest. Additional amendments included an automatic legislative review after two years’ operation to be conducted in conjunction with the Local Government Association of Queensland.

EDO Qld strongly advocated for the Bills’ introduction as a way of reducing corruption risk and improving transparency and accountability in local government, and we welcome them as a step in the right direction.

However, EDO Qld has also been advocating for further steps to be taken to ensure government decision making is truly in the public interest and incentives for corruption are reduced, such as:

To see our full summary of suggested improvements to anti-corruption measures in governance, see our previous post here.