Find out more about the tree clearing Bill; loopholes in the financial provisioning Bill; EDO Solicitor Revel Pointon takes out the top young environmental lawyer award; and read about a key decision relating to Gold Coast City Council and Boral Industries Pty Ltd. There's also a guide to help you prepare a good submission under the EPBC Act. 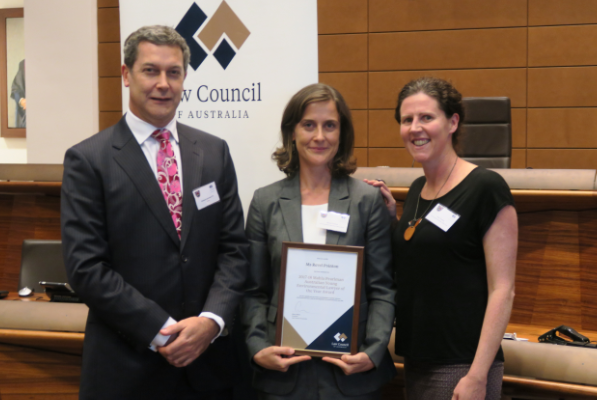 We are excited to announce that your very own Revel Pointon won the Mahla Pearlman Award for the Australian Young Environmental Lawyer of the Year on Thursday 19 April 2018. More

The State Development, Natural Resources and Agricultural Industry Development Committee of Queensland Parliament has tabled its report on the Vegetation Management and Other Legislation Amendment Bill 2018. The Committee has recommended that the Bill be passed, along with seven further recommendations. 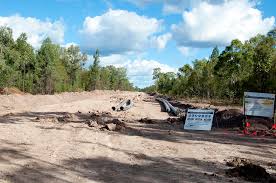 The Bill marks an essential step towards restoring the once strong tree clearing laws in Queensland, particularly by improving protections of regrowth vegetation and riparian areas and reducing broadscale clearing that has been allowed under the current laws, particularly the ‘thinning’ code and the purposes of high value agricultural and irrigated high value agriculture.

We support the Bill as an important step forward, however amendments are needed. Regrettably the Committee did not make the stronger recommendations suggested by EDO Qld to ensure that the Bill truly brings an end to excessive tree clearing in our state. Contact your local state member to express your views. More

The Economics and Governance Committee of Queensland Parliament tabled its report No. 6, 56th Parliament - Mineral and Energy Resources (Financial Provisioning) Bill 2018 on 20 April 2018.

The Committee recommended the Bill be passed without further amendment. The Bill proposes to improve the financial provisioning and rehabilitation framework for mines in Queensland, to better serve the State’s financial interests and provide better community involvement in decisions around rehabilitation of mine sites during the assessment stage. Contact your local state member to ask that loopholes, which allow proponents to not rehabilitate sites, be closed. More

The Alpha North Coal Mine Project (EPBC ref 2018/8189) is now open for public comment on the EPBC referral.

The EPBC Act provides for a public comment period of 10 business days (with no extensions). A decision on whether a proposed action requires approval will be made within 20 business days.

We have prepared a fact sheet on what makes a good submission, and a template for your consideration. More

Comments on draft terms of reference for the EIS for the proposed Saint Elmo Vanadium Project are open.

Multicom Resources Pty Ltd (the proponent) proposes to develop a shallow open cut mine and associated infrastructure, to facilitate the eventual target production of 50,000 tonnes per year of Vanadium Pentoxide over at least a 30 year mine life. The project would require strip mining of 25 - 30 million tonnes of material per year within Mining Lease Application 100162, located approximately 25 kilometres east of Julia Creek in north west Queensland. 12 vulnerable or endangered fauna species, listed under the Nature Conservation Act 1992 (Qld) and/or EPBC Act that have been previously recorded or are predicted to occur within 50 km of the SEVP area.

The Oxley Creek Transformation draft Master Plan has been released and is open for feedback. The $100 million project, coordinate by Brisbane City Council aims to revitalise the Oxley Creek corridor from the Brisbane River to Larapinta into a world class green, lifestyle and leisure destination.

The draft plan can be found here.

Feedback can be submitted by:

It's time for a new era of environmental law

We know you care deeply about strong laws, strong rights and strong access to justice when it comes to your environment. That’s why we’re launching a new campaign this week to ensure that your EDO Qld lawyers can continue to provide expert legal assistance and support to people whose communities face harm from the likes of coal and CSG mines, excessive land clearing, pollution and harmful development. We hope you will join us in supporting this special campaign, which will be launched later this week. If you’d like to have an early peek and maybe add your support please see our special crowdfunding page at: www.edoqld.org.au/donate_now

Gold Coast City Council (GCCC) has had a spectacular win for biodiversity and its local community, in the Queensland Supreme Court. The Court unanimously dismissed Boral Resources (Qld) Pty Limited’s appeal of GCCC’s refusal to grant a permit allowing Boral to develop a 65 hectare hard rock quarry near Reedy Creek on the Gold Coast. More

What you told us

Thank you for your feedback to the recent EDO Alert survey. Your comments have been invaluable in helping us identify how best to communicate with you.

Based on the findings, we will be introducing a revised look Alert to be sent out monthly, and we will be publishing breaking news via electronic direct mail (EDM). We will additionally be adding opportunities to comment as they arise on our website, and introducing an RSS feed to which you can subscribe, so you can get opportunities to comment sent to you via the RSS feed direct to your inbox. More

Debate for justice wrap up

Some of Queensland’s wittiest and most hilarious speakers gathered together on Thursday 19 April at EDO’s comic fundraising activity: the Debate for Justice.

Retired Judge Alan Wilson QC, the Hon Margaret McMurdo AC and Judge Sandy Horneman-Wren SC faced off against EDO Qld CEO Jo-Anne Bragg, National President of Aus Lawyers for Human Rights Benedict Coyne, and Qld Lead Organiser for GetUp! Ellen Roberts, ultimately convincing the audience that it is indeed not hotting up. The audience clapped, cheered and stomped their feet at the side splitting speakers.

EDO Qld thanks Griffith University for their generous support in securing the use of and waiving the fees for the beautiful Ian Hanger Recital Hall, where the debate was held. We would also like to thank event sponsor p&e Law.

Are you concerned about the amount of water mining activities take from our water sources? Have you been following the news around the Adani Carmichael water licences? Watch our website for an updated legal analysis.