On Saturday (28th) 'The Great Green Debate' kicked off with Ben Law listing the horrors of Tony Abbot’s first 100 days in government. Professor Ian Lowe sung a hilarious song about climate change to the tune of Waltzing Matilda. Comedian Rod Quantock and ex-politician Kate Jones then followed, all to the laughter of an audience of around 1,200 people.

Given that the topic of the debate was that "every cloud has a silver lining", Jo valiantly then attempted to find the silver lining in the recent withdrawal of Federal funding to EDOs around Australia.

On Sunday (29th) Jo, Margie Barram and Peter Marquis-Kyle took their audience spying and prying in free and legal ways to explore how to counter the misinformation marketed to 'greenwash' destructive activities.

Jo presented on the proposed China First mine in the Galilee Basin which would destroy Bimblebox Nature Refuge. Jo's presentation also highlighted public rights of access to information concerning the Federal approval of the project, as well as remaining public rights to object to the mining lease and environmental authority under Queensland law.

Margie presented research showing that mineral sands mined from North Stradbroke Island are used primarily in white paint, contrary to the impression given by mining company SIBELCO.  In handing out sunscreen to tourists in 2013, SIBELCO representatives gave the misleading impression the minerals from Stradbroke were necessary for production of sunscreen.

Peter spoke about community efforts to protect the house 'Belvedere' in South Brisbane. While it looked like the campaign had succeeded, the house was destroyed by fire, leading to a new campaign for local councils to have increased powers to look after heritage buildings. 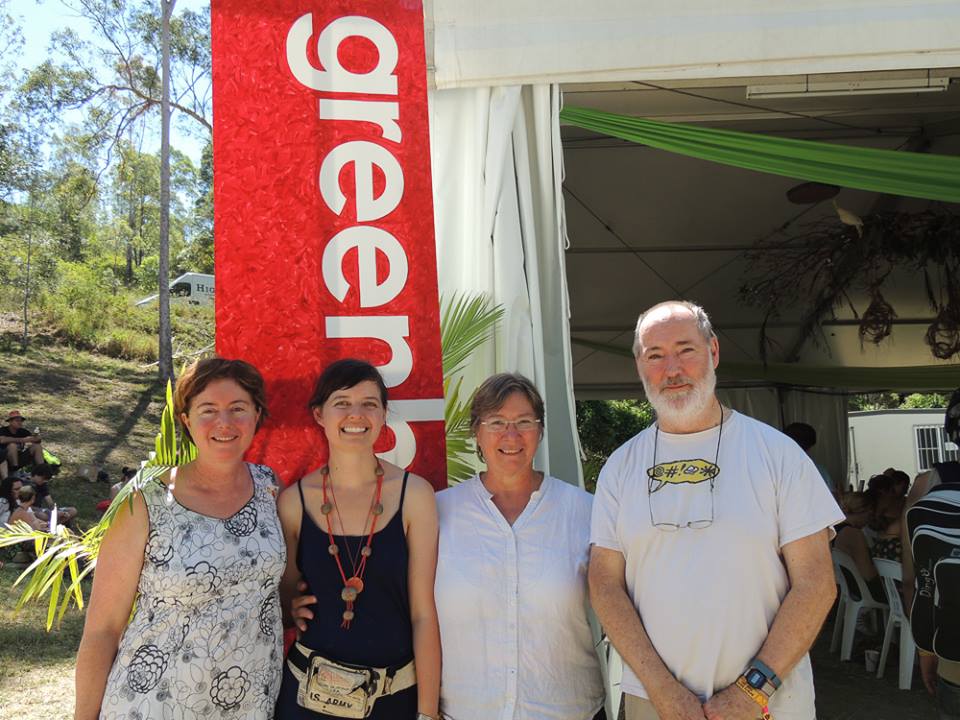