The Qld Parliament will vote soon on proposed laws that exempt public access to information around an important mining and gas fund, against the recommendations of the Office of the Information Commissioner. You can help stop this exemption going through.

The Mineral and Energy Resources (Financial Provisioning) Bill 2018 is currently before Parliament, with debate expected in the coming months. This Bill proposes amendments to the regulation of financial assurance and mine rehabilitation conditioning. While amendments to improve these laws are long overdue, the Bill as drafted leaves worrying loopholes which threaten to degrade the effectiveness of the new scheme.

Right to Information Act 2009 (Qld) should not be excluded under the new framework, or any EP Act decisions

The Bill proposes to exclude the Right to Information Act 2009 (Qld) (RTI Act) for certain documents provided under the terms of the Bill relevant to the scheme manager, the entity that manages the risk assessment of companies and the scheme funds for financial assurance on behalf of the state (clauses 216-218). These are public interest functions that should be transparent to the public. This attack on transparency around financial assurance is inappropriate in any instance, but particularly in the face of the serious mismanagement to date by the government of mine rehabilitation and financial assurance requirements.

This issue is of significant concern not only to EDO Qld, but also to the Office of the Information Commissioner and Transparency International. The Queensland Office of the Information Commissioner (OIC) provided a submission to the Parliamentary Committee’s inquiry into this Bill (submission no. 033), raising serious concerns with the exclusions of some documents relevant to processes under this Bill, stating:

The RTI Act is a fundamental mechanism for ensuring accountability and transparency in Queensland governance, by ensuring the public has the ability to access information behind actions and decisions made by government.

There are sufficient measures in the RTI Act to ensure that information that is inappropriate for disclosure to the public, such as documents under cabinet consideration or under commercial-in-confidence, are not provided to the public. There is therefore no reason to exclude any decisions or documents made under the EP Act from the application of the RTI Act, including with respect to this new framework.

We support the recommendations that Queensland follow in the steps taken in the Northern Territory to disclose online the total amount of financial assurance for each mining project. As stated by the OIC in their submission ‘[t]his proactive disclosure would demonstrate a commitment to openness, accountability and transparency’.

EDO Qld has been strongly advocating for improvements to transparency around mine rehabilitation fund decisions for the past 2 years. No decision that affects our environment, our communities and our taxpayer money should be made in secret, without very good reason. Transparency in information is essential to reduce the risk of corruption and to improve decision making.

Sunlight is the best disinfectant.

Contact your local state member to ask that loopholes, which allow proponents to not rehabilitate sites, be closed. 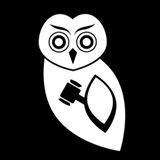